Do you think the bulll market will return soon if Elon buys twitter?

A lot of crypto companies have given millions to the twitter acquisition because Elon has made it clear he plans to include crypto in twitter. Elon says he wants a billion Dailey users in twitter and judging on his success with cars and space rockers I think he can do it. So if he buys twitter in next few months early mini bull run ?

no, i don’t think so. Elon talks a lot of bullshit, he was manipulating some cryptos in a very hard way.
i hope the deal gets cancelled.

Gosh that’s extreme , i think Elon has done a lot to better humanity , the deal is absolutely going ahead he just meet with the entire twitter staff yesterday to chat with them and its super clear the deal is going ahead no doubt, I am bullish, Elon has done a lot of crypto and even plans to allow BTC to be used to by his cars again soon, he is not an enemy of crypto he is a friend.

I also dont like the games he planned with doge coin ect but he is futurist and he is not like larry from google or Jeff from amazon, he actually cares about humanity and is a libertarian. You hope the deals gets cancelled until he pumps btc again,right

The he is cool again haha

Honestly, I like everything about the entrepreneur Elon Musk: its perseverance, sacrifices, the determination to build alone his own path and all his projects he’s pursuing today. However, I will never consider myself a fanboy, because I don’ like the cult of Elon.

What’s great about Elon and cryptos is that he finally has brought to the table is attention to the market. The negative consequence of this is that sadly this lead to extra scammers and useless coin pumping. So I think that the choice to buy Twitter will surely lead to a new pump, but a solid bull market will be influenced by different things all together; not just from one man buying Twitter.

If you want to know more about the entrepreneur Elon Musk, my recommend reading is How the Billionaire CEO of SpaceX and Tesla is Shaping our Future

Maybe as a meme coin fan I also feel Elon Musk’s power to manipulate the market quickly is very great. But for now he has said too much about things like buying twitter, freedom of speech and crypto.
Personally I like the way or the way it works for him, but given his current state I’m speculating that he might as an influencer be able to create a mini bullrun in no time. but the problem is the economic conditions are not supportive and maybe he will be blamed a lot if he makes fomo at a time like this.
If I had a strong relationship I might want to show him Dogecube.

I don’t see a direct connection between Elon buying a company and cryptocurrencies. In this market condition, it won’t really affect anything but the price of the Twitter stock. I also personally don’t like how he manipulated the price of Dogecoin before.

No i agree I hate how he did that with doge coin but we have to remember Elon is not like other tech giants, he is crypto friendly not an enemy. He has almost 100 million followers and I feel if he owns twitter and then makes it clear he wants crypto to be a big part of that then booom, he has alot of influence, ALOT.

For me this situation which the twitter acquisition can really go in both direction and I don’t know at all which one it will take.
On one side for me he could have the power to unleash a small bullrun by making it clear crypto is here to stay and it will play a major role in the future of twitter

But on the other side I think he lost quite accountability in the crypto space by manipulating last years crypto market meltdown (the story where tesla bought bitcoin, i think they actually never sold, and will allow to pay in bitcoin…hype hype hype…a bit later ups bitcoin has actually very high co2 emissions)
Also the doge hype and manipulation
I think all this showed his powers but also he lost the power a bit cause people understood not to listen to him since it doesn’t turned out well…

The only reason he stopped taking btc is because of political pressure but he has said once it is mined of clean energy he will accept them again and we are getting close to this now.

Ah yes I remember.
Cool that BTC is on a good track to get greener
Do you know where we are at at the moment

You can’t trust this guys based on his previous actions. I do believe that at least from a market sentiment prospective it would be better if there was no Elon. He also changes his opinion quiet often.

Let’s just ignore Elon and wait for the stabilization of the current economic crisis and then we can think about going to the moon again.

i think Elon has done a lot to better humanity

why is he involved in a lawsuit? because of better humanity?
Elon Musk, Tesla and SpaceX Hit With $258 Billion Dogecoin Lawsuit - Decrypt

oh this is utterly ridiculous, did Elon hold a gun to this guys head to by doge ? If he made money would he still be using him ? He sounds like he has a typical victims mentality and needs to take responsibility for his own actions. I think Elon does yes of course he is here to make money, I like him far more any other billionaire.

I disagree. I’m fairly certain he’s in it for some profit as well, who wouldn’t? If it was all about money and all about himself, he would have pursued any other business. He created SpaceX from scratch by simply putting all his investment in space, a field at the time completely unknown to him. The way I see him, he has a vision and wants to have a positive impact. We all have a vision and want to have a positive impact on what we do in our daily lives. He wants to go to mars? That’s good. He wants cars to “go green”? This is also good. There’s nothing wrong with having ambitions. And I don’t think that bringing people to Mars is something to be considered “selfish”.

do you really think Elon cares about other people?

All I believe about Elon he only cares about himself about his pet dog. All types of doge tokens believe that they are Elon’s favorites. and hunt for attention from elon.
Elon Musk and Dogecoin’s plans for the launch of the coin into space and as a means of payment in its company. I think it’s her mechanism to take more advantage.

Meanwhile, Elon Musk was sued for $258 billion on Thursday by a Dogecoin investor who accused him of running a pyramid scheme to support doge. It seems that Johnson is seeking some billion in damages, further blocking Musk and his companies from promoting Dogecoin and a judge to declare that trading Dogecoin is gambling under federal and New York law. 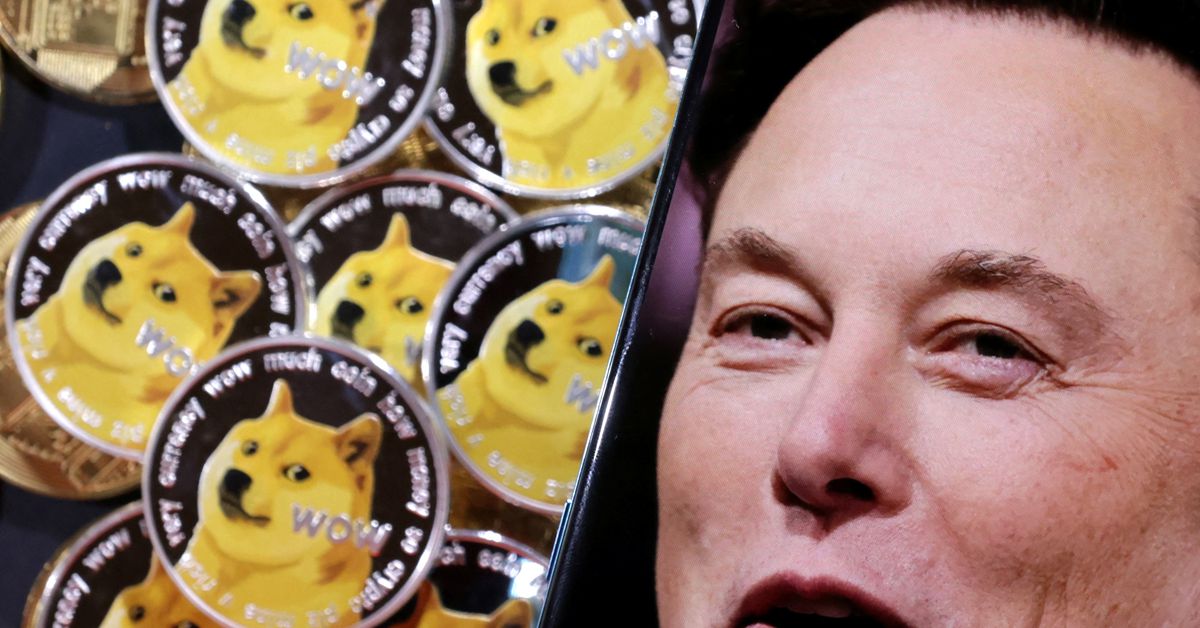 Elon Musk was sued for $258 billion on Thursday by a Dogecoin investor who accused him of running a pyramid scheme to support the cryptocurrency.

Yes but this means nothing at all mate, anyone can sue anyone, then they need to actually have grounds, have you watched coin burau video on this ? Its unreal however many companies are trying to stop Elon from buying twitter to establish crypto and so we cannot have free speech. I can go sue apple today for 10 billion but then I have to go to court and proof it.

This seems like another way to try and get Elon not to buy twitter and it will just make him want to buy it all. People need to start taking responsibility for their own actions in life. Here is the video , very good.