How do I encode a transaction message so that it displays correctly in the Radix Desktop Wallet?

For example, to send a message that will display as Hello in the wallet, you could use the following python snippet:

So a prefix of 0000 means a plaintext message with no encryption scheme.

Hi Stuart, how could I use the encrypt method DH_ADD_EPH_AESGCM256_SCRYPT_000 ? could you give some python example to encrypt and decrypt the message ?

I’m working on that right now

It uses a form of Elliptic Curve Integrated Encryption Scheme (ECIES) where an ephemeral key, the private key of the sender, and the public key of the receiver are combined to encrypt/decrypt the message. As soon as I have some working code I’ll create #howto post.

The relevant code in Typescript from the radixdlt/radixdlt-javascript repo is in this file: messageEncryption.ts

And here’s a StackOverflow posting by the RadixDLT dev who created the scheme: 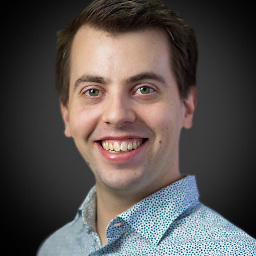 Thanks, I will have a look at your link soon. Btw do you know which Java file also implement this encrypt/decrypt in the GitHub - radixdlt/radixdlt: Radix monorepo Java implementation?

I couldn’t find a Java implementation in the GitHub - radixdlt/radixdlt: Radix monorepo unfortunately. It looks like there is only a Typescript implementation.

I’m just working on the encryption now which shouldn’t take long and then I’ll write some #howto posts.

Thanks a lot, and I am looking forward to your howto post.

How to decrypt an encrypted transaction message created by the Radix Wallet 0. Introduction The encryption scheme used by the Radix Wallet is called DH_ADD_EPH_AESGCM256_SCRYPT_000 Where: DH → (Elliptic Curve) Diffie-Hellman (A key exchange protocol that allows untrusted parties to construct a shared secret) ADD → Elliptic Curve Point Addition (The operation we use to create the shared secret) EPH → Ephemeral Public Key (A temporary public key that is only used for the purpose of encrypting…