Hey guys, I’m starting this thread to collect validator node specs and data on the real incurred costs at your cloud provider (or your personal operation). This was requested by Matt to help re-evaluate if the $500/month validator subsidy still makes sense (Discord)

i’m at around 350€ per month for 2 nodes.
1 node being a bare metal one, and the other one that meets the minimum requirement hosted in azure as backup.
This does not include hosting costs of a website , ssl certs, etc… 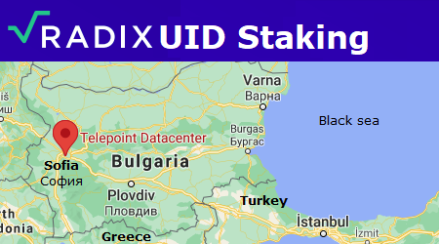 Validator address and stats: rv1q2jszra5gsh8yxyr53y9vp9pjl7ad2jrkw0epvltga6h0xxqm3w3u9xyzpe RadixUID Sofia validator consists of 2 servers, independently hosted, colocated in a datacenter and run b…

Around $450-$500/month for primary and backup in different Azure regions in the US. 3 year reservations of E4a V4 instances, reserved IPs, and 256GB disks in each one.

Please note: I have a discount on Aruba services because I’ve been working there for about 15 years.

We are running three dedicated servers spread over different datacenters. As well some firewalls.

Hosting costs + hardware investment (spread over 36 months) are ± € 950 / month. To be honest we have to mention that we run much more than just a validator and a backup node.

A node needs at least 32 GB ram and NVME disks to run stable without missing proposals.

Intel Xeon is great for java processing but slow in starting up. AMD processors are amazing for fast startup times for backup nodes but have higher loads when running.

When running two Radix API gateway’s as well which are needed for our infrastructure you need much more.

Radstakes’ primary validator has 64GB RAM, 6 core Intel Xeon, 2x1TB NVMe SSDs and a 1Gbit/s uplink. The backup is similarly spec’d at a completely separate data centre and provider. These costs (not including web hosting, monitoring etc.) are around $260/month.

I also spin up Stokenet nodes as and when required for testing which are not included in the above. Generally I think the Subsidy is generous enough to cover my costs at present.

Backup is a vps with requirements specificed but works stable the few times used.

Tertiary backup is shared server in my basement with higher specs, but i don’t include the cost for this since it has other uses.

My main node is self-hosted with the following specs:

which costed me approximately 1200€. (most of which were the SSD and RAM)

I have two backup nodes on Hetzner which cost me a total of 82€ a month, with similar spec, but smaller (and cheaper) SSD.
Monitoring is done via Grafana Agent so no need for an additional server for that.

I expect my main server to last three years (maybe even more), with the most likely component to fail being the SSD (sadly most expensive one…). See all my struggles with stopping radixdlt-node from destroying my SSD here.
I also had a 4G failover on my main node but I removed that because failing over to the 4G modem was too slow and buggy, now I just switch to the backup nodes.
Considering a lifespan of 36 months before needing upgrades or replacement I would put the cost to a bit more than 35€ a month, including power costs, excluding my Internet bill.

I would put my total costs at 120€~ a month, but I’m running an unusual self-hosted setup, still maintaining very good uptime though imo.

I also think the subsidy is enough.

Between USD $400-500 per month on AWS for 3 nodes - mainnet primary, mainnet backup, stokenet. The variations come from experimenting, controlled upgrades and traffic size. Primary and backup running according to recommended specs. Stokenet running on a smaller spot instance.

As for my own servers, I’m paying about $600 a month for all of my DigitalOcean services, which includes